BBQ and Blues are alive and well in the Carolinas. Our Smokin’ Hot Live Music Series is serving up heaping helpings of both! Come into our new location and get your fill of both. We have hand selected Artists from this area who have roots in Blues, Americana, Soul, Funk, Rock, and Country music. This is a chance to enjoy intimate solo performances from musicians who are in well known regional bands like Jive Mother Mary, Big Daddy Love, and The Sunday Special. You may have seen these bands at larger venues or festivals like Shakori Hills, Floyd Fest, Bristol Rhythm and Roots, Rooster Walk, or the NC State Fairgrounds. Come enjoy them outside on our patio from 6-9pm weekly. Grab some Que, a few cold ones, and stay a while. The events are free with purchase of a meal, and the complete schedule can be found on our Socials and website. 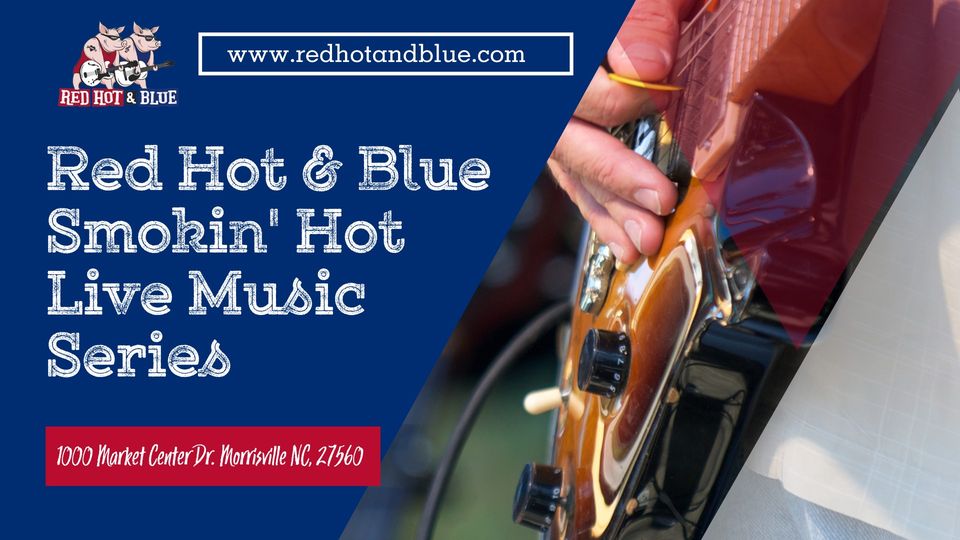 Take a closer look at two of the great Artists in our series. More to come…

Mason Keck of Jive Mother Mary Since 2006, North Carolina natives and long-time friends Mason Keck (guitar/vocals), Seth Aldridge (drums), and Tyler Schulz (guitar/vocals) toured over 30 states and 6 countries; sharing the stage with legends such as Buddy Guy, Leon Russell, Grand Funk Railroad, and current powerhouses like Blackberry Smoke, The Steel Woods and Drive-By Truckers. Originally formed as a power-trio, the band put out two albums win 2007 and 2009 with Grammy-nominated producer John Custer(Dave Grohl, Corrosion of Conformity, Dag). Years in Los Angeles, CA at Musician’s Institute sharpened their skills and resulted in 2013’s Big City Blues, and the 2016 release Home Is Where The Heart Is was an amalgamation of two years in Athens, GA.

Joey Recchio of Big Daddy Love Big Daddy Love (BDL) is no gentle string quartet and identifying a single genre is nearly impossible. All four members are comfortable playing almost any type of American music. Our sound has been described as “a blend of rock, bluegrass, southern soul, and psychedelic jams” that we have long referred to as “Appalachian Rock.”

The quartet has played well over a thousand shows across the country and has released four CDs—most recently Live at Ziggy’s and This Time Around. Along the way, we’ve played venues of all sizes from listening-room coffee houses to the 20,000 seat PNC Arena in Raleigh, NC. Big Daddy Love’s festival resume ranges from local favorites like The Big What to larger regional festivals such as Bristol Rhythm & Roots and the premier southeastern festival, FloydFest.

Grady Matthews of The Sunday Special