What Is Texas-Style BBQ?

There are few things that incite as much passion and excitement with Texans as BBQ. Along with Football and Independence, Texans are proud of their ‘Que and have a rich tradition of doing it uniquely and well. But what is Texas-Style BBQ? 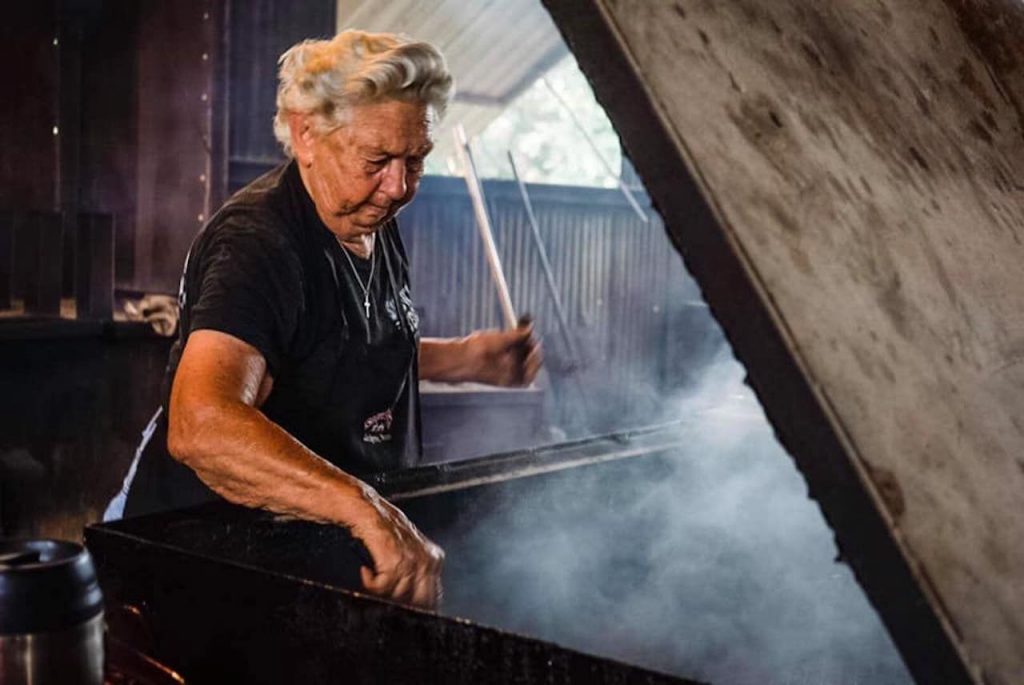 Texas Style BBQ is segmented into four major regions. Central, East, South, and West. Each region has its own flavor profiles, cooking techniques, sides, and sauces. Different wood types and seasonings are favorites in each region and yield deliciously different results.

Central Texas BBQ originated in the 19th Century along the Chisolm Trail. The meats are dry rubbed with a simple mixture of seasonings and smoked over indirect heat from pecan, post oak, or mesquite wood. Brisket is King here and is usually smoked for about 12 hours with low indirect heat. Central Texas BBQ is commonly served without BBQ sauce and garnished with a side of onions, peppers, pickles, and white bread.

Calvin Trillin, writing in The New Yorker, said that discussions of Central Texas pit barbecue do not concern the piquancy of the sauces or common side dishes and desserts—the main consideration is the quality of the cooking of the meats.

East Texas BBQ is marinated in a sweet tomato-based sauce and smoked over hickory wood, to the point of falling off the bone. Primarily East Texas BBQ is chopped instead of sliced and served on a bun. Stone or cinder block pits and long cook times produce tender smoked meats. This style of preparation is influenced by or is likely an extension of recipes common in the Southern United States.

South Texas BBQ is where the flavor profiles and protein selections of Mexico and the USA intersect. The meat is marinated in a thick molasses-based sauce which helps keep it moist after cooking. This Tex-Mex influence includes the traditional cooking style of Barbacoa where the cuts of meat are often overlooked by many cooks. Meats are wrapped in wet maguey leaves and buried in a pit with hot coals for several hours, after which the meat is pulled off for barbacoa tacos.

West Texas or “Cowboy Style BBQ” is cooked over high-temperature direct heat from mesquite wood coals. This technique is similar to grilling and the mesquite provides a unique flavor. The focus here is, as it should be, on the meats, and rubs are often simply salt and pepper. Ribs, sausage, brisket, and turkey lovingly labored over by a Pit Master, have BBQ fans lining up in some cases hours before popular restaurants open their doors, in hopes of getting served before the ‘Que runs out for that day.

No matter where you find yourself in Texas, or how you season, smoke, slice or chop it, you will find a group of people who know and love their BBQ. Each region offers up its own unique spin on ages-old cooking techniques and closely guarded recipes handed down from generation to generation.